Rising Force Online is a MMORPG rich in player experience and interactions different stories. The game had its premiere in 2006, when the genre is growing by leaps and bounds. After thirteen years it’s still alive, but such time means ages in the world of games of this genre. How our fading star is doing? 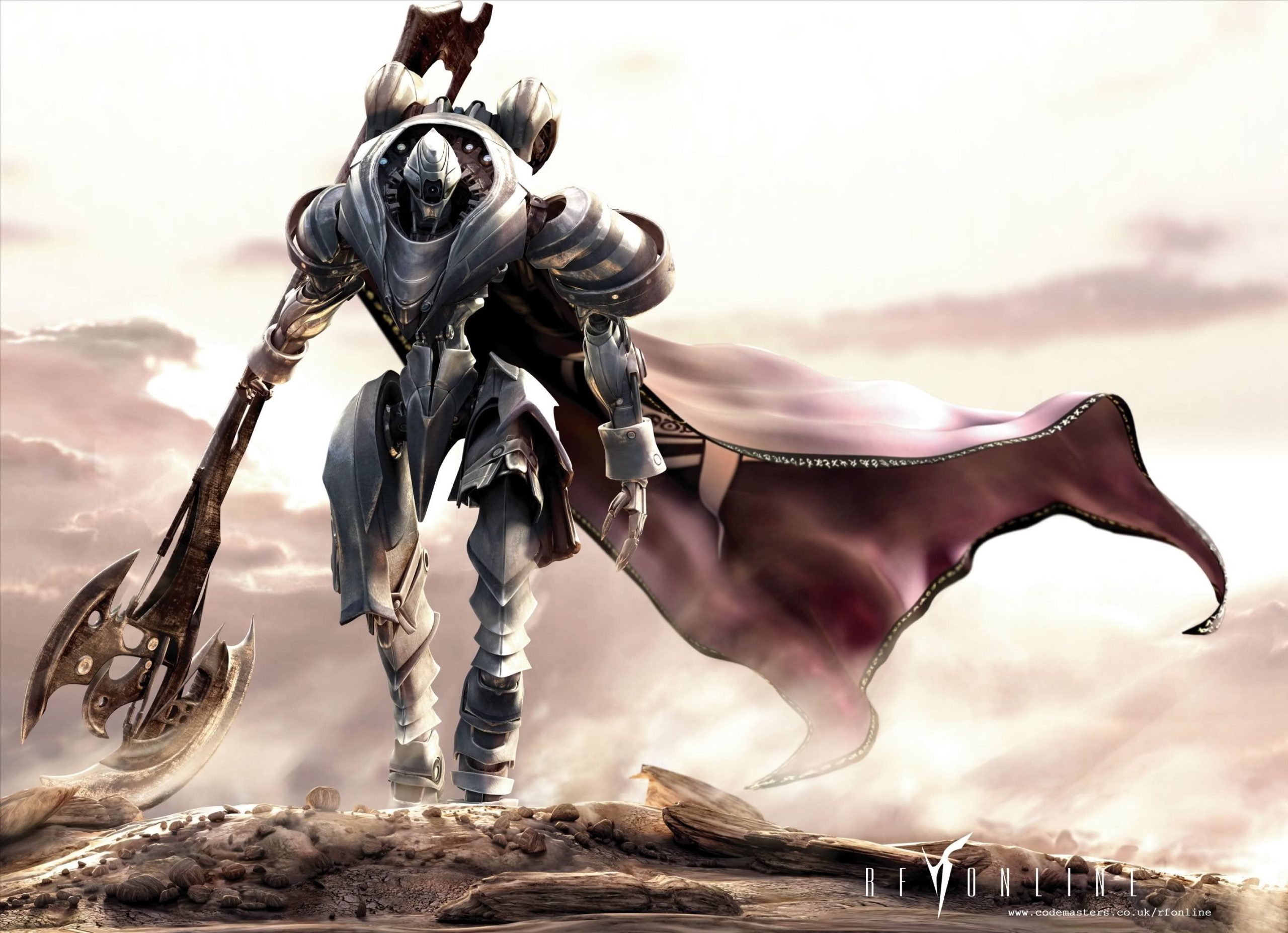 I wouldn’t call this text a full review. These are more my first impressions of RF Online. I’ll admit that I’ve never played the game before, and I haven’t played it long enough to know that it’s a Evaluate every aspect. I do not want to throw words to the wind in the hope that I will not have to enter into polemics with the veteran of the game. C Let’s get started.

RF Online is a mix of sci-fi and eastern fantasy. Skillfully combines these two genres to create something unique. The action takes place in the Nouvous galaxy, where three races compete against each other: Bellato, Cora and Accretia. The core gameplay of RF Online is the fight for domination of the galaxy in PvP battles. These games are large scale battles with lots of players. We can participate in them regardless of experience level. Gradual progress allows us to control more and more head mines about to introduce another feature of our game – watch closely. This resource is used to upgrade your equipment. The game economy is dynamic, as it depends on who controls the most mines at any given time. PvE is reduced here to tedious grind. Collecting is not the strong point of this game. Items which E CAN Then sell them to the NPCs that come out of the creatures you killed and they aren’t usually worth much (at least in the early stages of the game), but I guess that’s a feature of any hybrid MMORPG 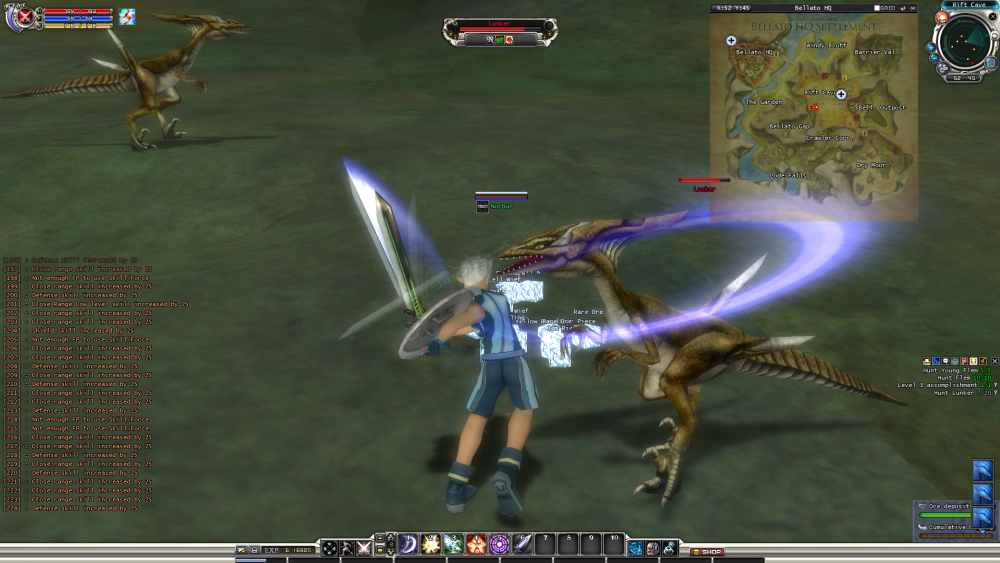 Starting the game we are greeted by a tutorial. It’s not mandatory – fortunately. For the first few minutes I felt like a complete idiot. As you go through “Features”, the game informs us several times about what we’re about to learn. Even looking to the side is an amazing skill here.

It more or less looks like this: “You’re about to learn another feature of our game – watch closely. We’ll show you how to look around. Remember – looking to the side is the basis of movement in the game and is useful in exploring the world” *This is where you type in the right key combination* “Great! You’ve just learned a very important feature of looking around – remember to use it as often as possible to get to know the world better!” Thanks, bro – I’ve never used the camera in games before!

The second problem of the tutorial is that the text in the help windows is probably adapted to older versions of the game. When we are asked to assign one of the skills to the turns out that such a skill in do not have. Only when the method and error in trying to find the right skill, it turns out that we have it, but it was called in a different way b. Additionally, it doesn’t help that the game doesn’t have a Polish localization. Somehow it doesn’t surprise me, because the game dominates It’s not on the eastern market, but after all it’s been supported for well over 10 years.

When we first come to freely move around the game world, everything looks much better. Locations (at least the main The game’s level design is not as good as it used to be. Quests, although initially based on the main The fact that the game does not have a Polish localization does not help. I don’t demand amazing gameplay solutions from such an old game, but unfortunately I have to pay attention to it Please note that the character control is incredibly clumsy. We can choose between two modes: keyboard or mouse. The first mode means that we will move with the WSAD keys, and the second mode means that the movement of the character will be mostly transferred to the mouse. The combat model is a bit disappointing. Head It’s based on our equipment and skillful use of skils. 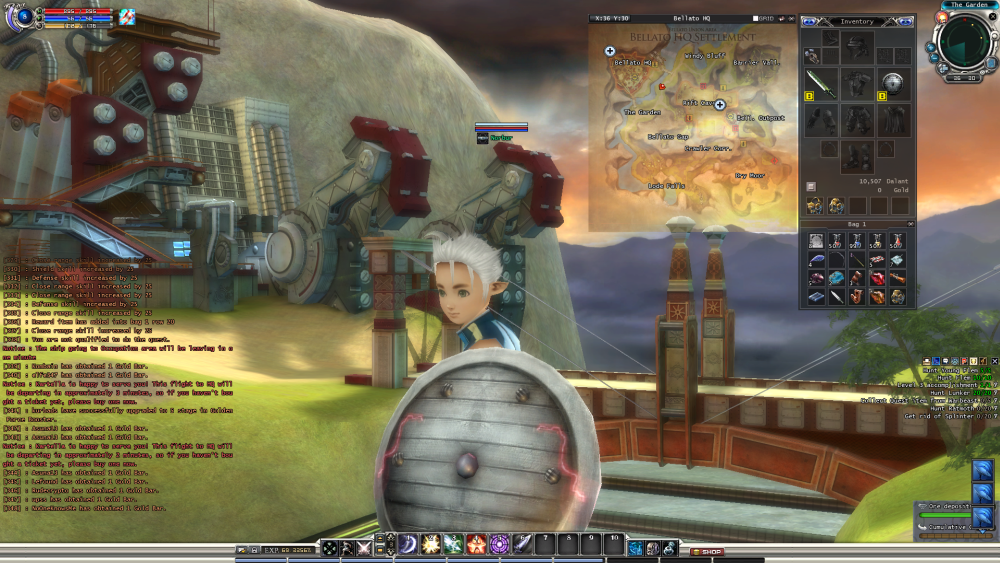 Not much can be said about RF Online today, even though it was a legendary game in its time. The game seems to be slowly dying, because it simply can’t catch up with the rest of the competition, but one thing is for sure: huge PvP battles will remain in fans’ hearts in a long way. It is a great game built around The constant fight between the three races, which They prepare for each battle with great enthusiasm. This is a very good, old-school MMORPG, although it ages in a not so good way b.