Throne: Kingdom at War is a browser MMO by Plarium studio, which re already has six web games – including the already reviewed by us Vikings: War of Clans, which re seems to be confusingly similar to the rest of the studio’s games. Is the game reviewed today another browser shuffle, or maybe a definite improvement over previous Plarium games made us finally get an unusual browser game?

In Throne we can play not only in the browser window – there are dedicated apps for Android and iOS mobile systems. In the game we play a medieval ruler – our task is to expand our city, build an army and compete with other players in PvP. The city itself we can move to other places, or occupy others. Anyone who has previously played Plarium’s previous works will feel right at home – the gameplay is twinned with the studio’s other games. They believe in “A tried and tested formula”. Registration for the game took place in a flash. No email confirmations and the code in SMS – it went fast and smooth. 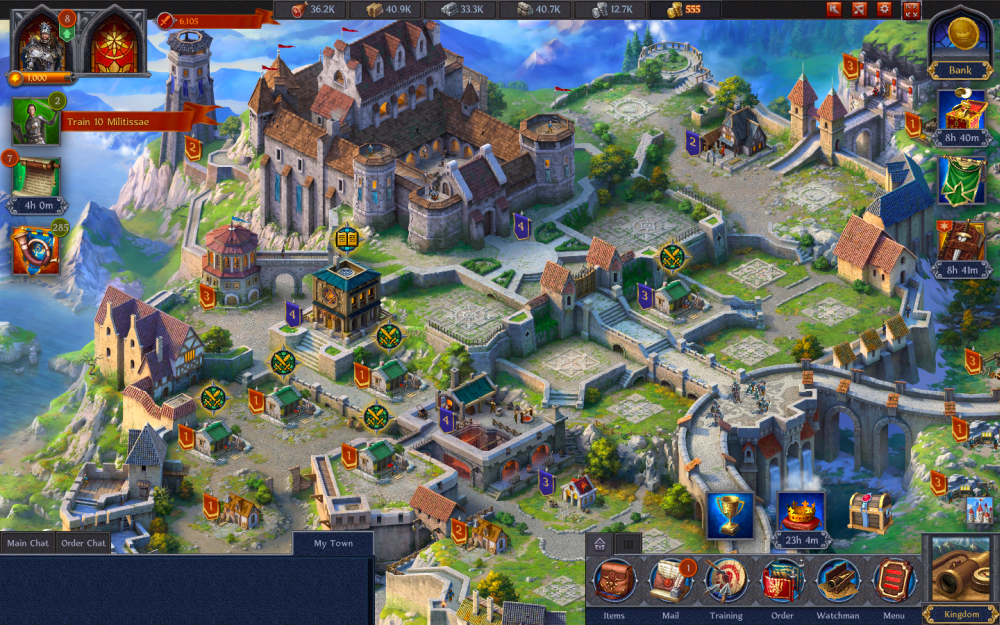 During the first contact with the title I was very impressed by the graphic design. As usual, as in most browser games – the head The current location is just a single texture, but it is quite high quality. In addition, the city comes to life before our eyes thanks to the superimposed, moving 3D models. Audio, on the other hand, does not differ from most browser games – for sure many of you will regularly mute the game sounds. The interface is quite simple, clear and neat. It also has separately animated elements – one of these elements There is a treasure chest can open it every few minutes or so. It contributes to a less intrusive perception of micropayments.

While playing Throne: KaW I unfortunately encountered technical problems that prevented comfortable gameplay for some time. Not sure why, the page stopped responding at regular intervals and then automatically refreshed, but the sound itself remained. Fortunately, the problem occurred only on one browser. I was forced to use another or download the Plarium game client.

What am I doing here?

The tutorial introduces us to the basic mechanics of the game, but it does not make us fully independent. Shortly after its completion we are thrown into deep water. We don’t learn much about the plot background and we don’t really know what to do next. In the initial stages of the game we do quests, which re unfortunately not particularly engaging. Tasks m They bind us to do things that we would e’re going to have to play the game ourselves If we do not want to join a stranger – we are forced to pay a lot of gold to do things that we would do “build 3 houses”, “build three mines”, “obstacles l 10 units”. Main quests They mainly focus on city development, science and our hero. 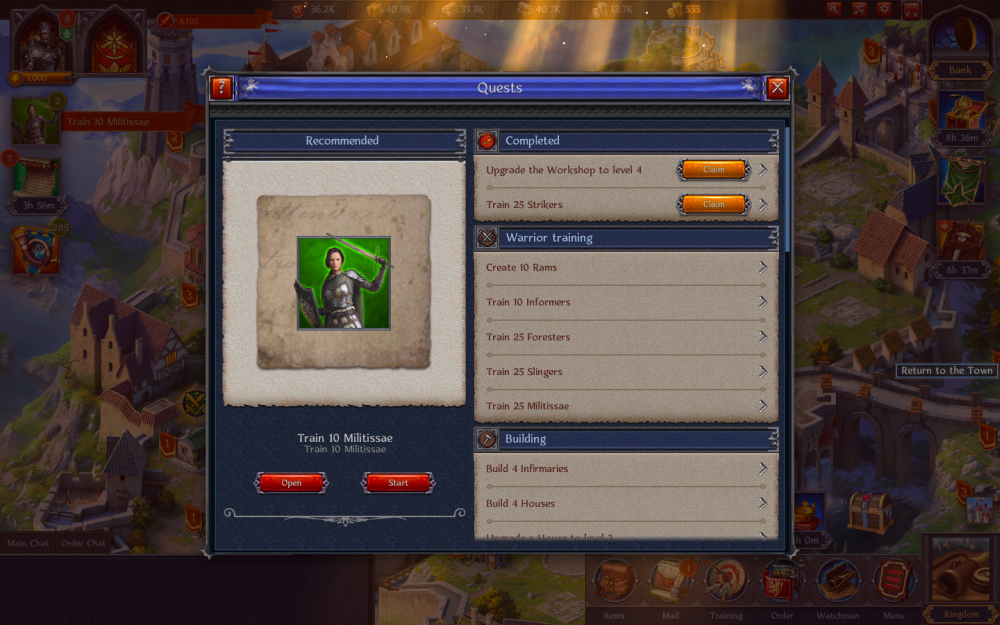 The game itself is not particularly difficult. I never had a problem with acquiring raw materials In or winning a battle. The biggest time eater here is building performed in real time. On some Re improvements/constructions we will have to wait quite a long time – here we can find some micropayments. In Throne it is possible to buy booster packs, typical for this type of games Time tasks for premium currency, which The game is all about gold. Fortunately, during the game we are regularly rewarded with m.in. For regular logging in, so you don’t feel obligated to invest substantial amounts of money into the game. A definite minus is forcing us to be a member of a guild. Wanting to do most of the action on the map have to belong to a guild. If we do not want to join strangers – we are forced to pay a considerable amount of gold.

Out of the quest routine PvP and activities on the map all over. We can occupy ruins, fight magical creatures in specific play. You can play as a player, take over abandoned mines, or interact with other players. A nice addition is the rule that if we attack a player below our level, we’ll have to wait for a while e will not receive any raw materials from winning a battle, so usually these players are not attacked and everyone has some time to freely develop town. If we decide to attack the location, unfortunately, we won’t see any combat screen. We are informed about the battle results in the report. The battles lack any strategic aspect – only raw numbers count and we don’t have much influence on the fate of our soldiers. The game looks very neat and has many animations. The game terrain is not limited to one circle Countries – there are dozens of them on the world map and each of them has an average of fifty cities.

It’s better, but still something is missing

To sum up: Throne: Kingdom at War is certainly not a perfect game, but it is still two steps ahead of most browser games. It’s a game that is very similar to the other games. It is simply a good time-killer, just in time for Sunday evenings. It is a game very similar to other Plarium’s productions, but it has some interesting improvements. I think the title is worthy of recommendation.